Climax of Pathfinder "Airships and Aeronauticals" campaign. Went from 1st level to 20th level (although starting around level 10 we advanced 2 levels every couple sessions). I got burnt out on Pathfinder (as I knew I would), but really wanted to "complete" a high level game. 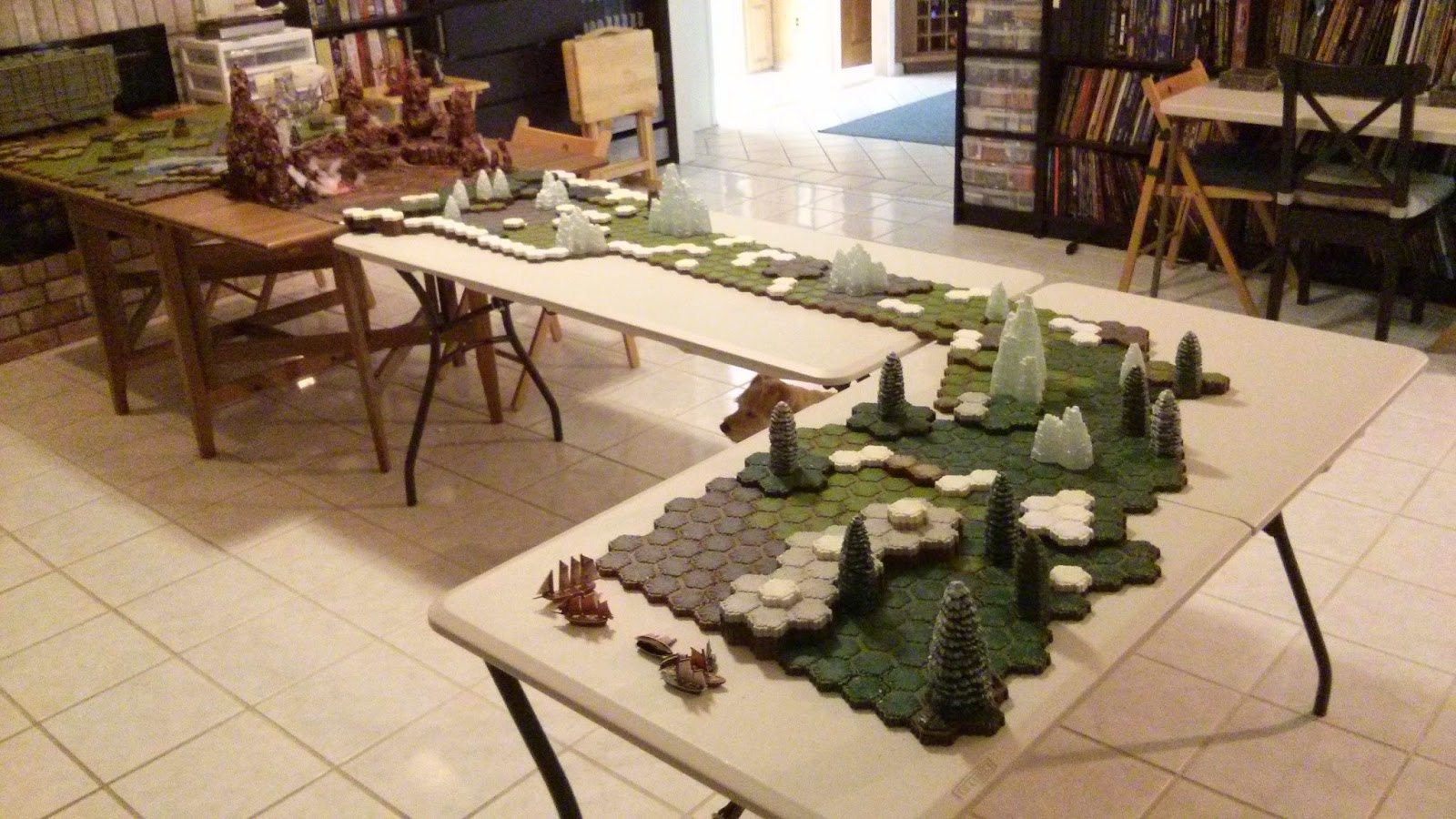 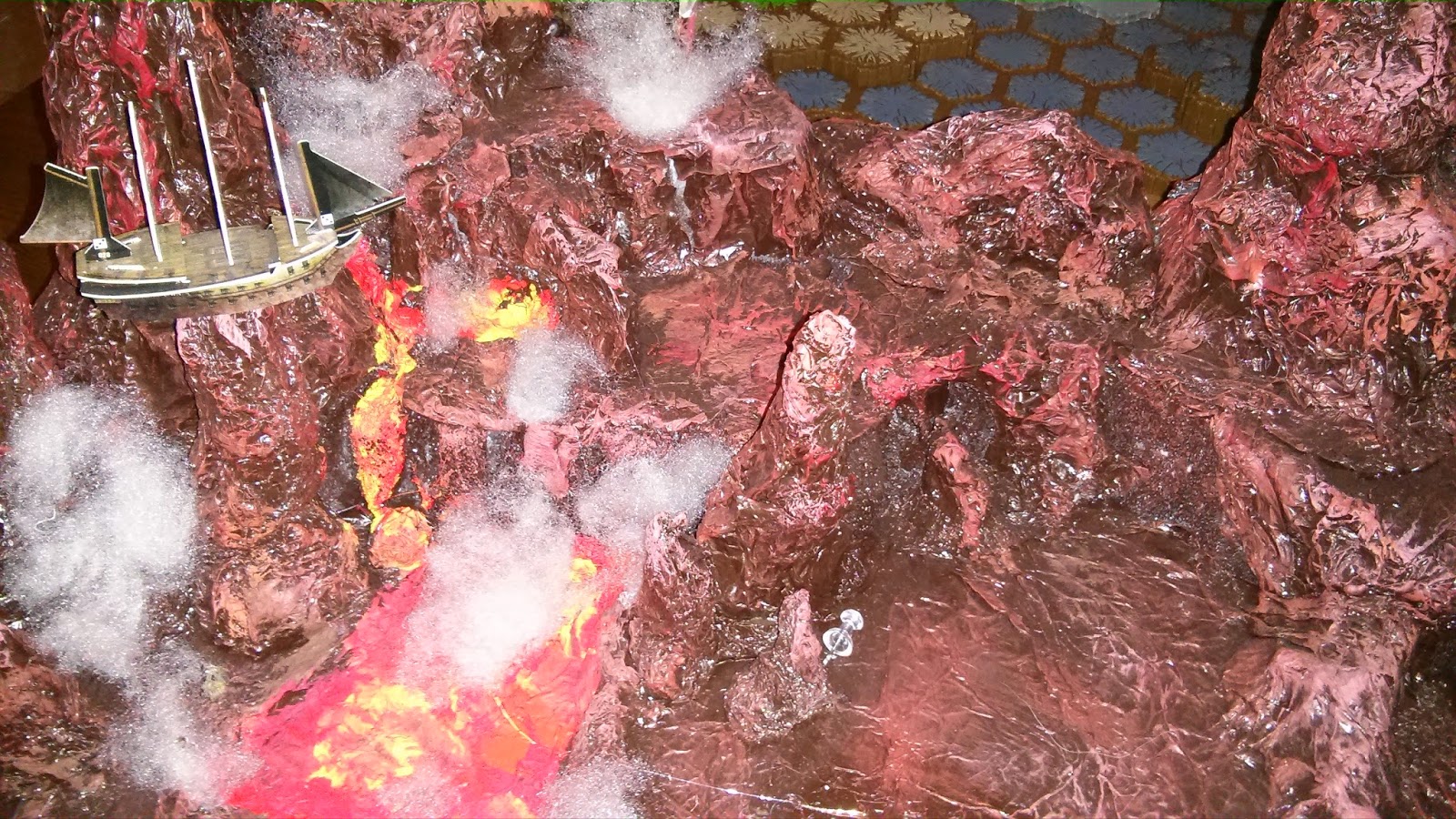 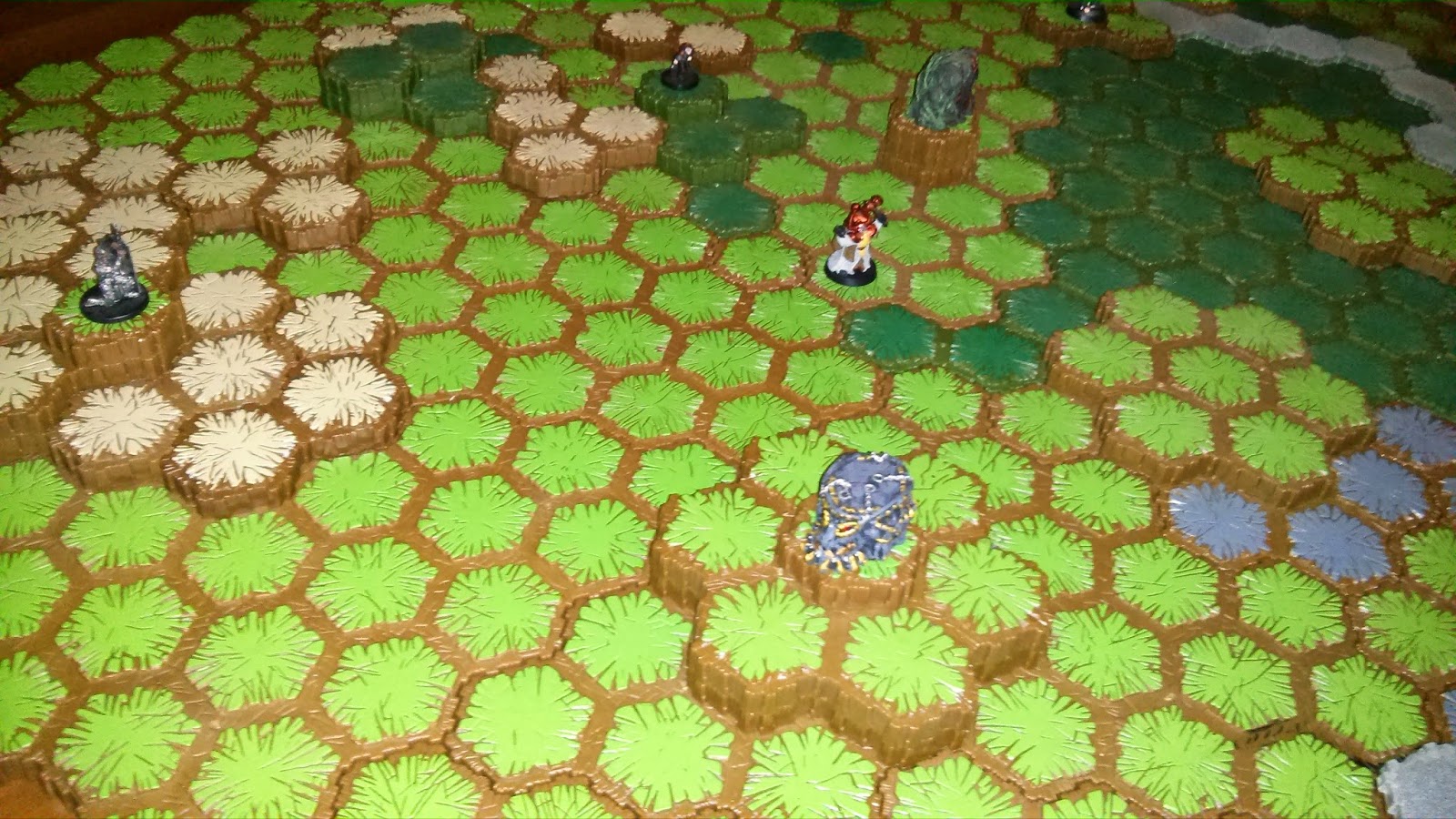 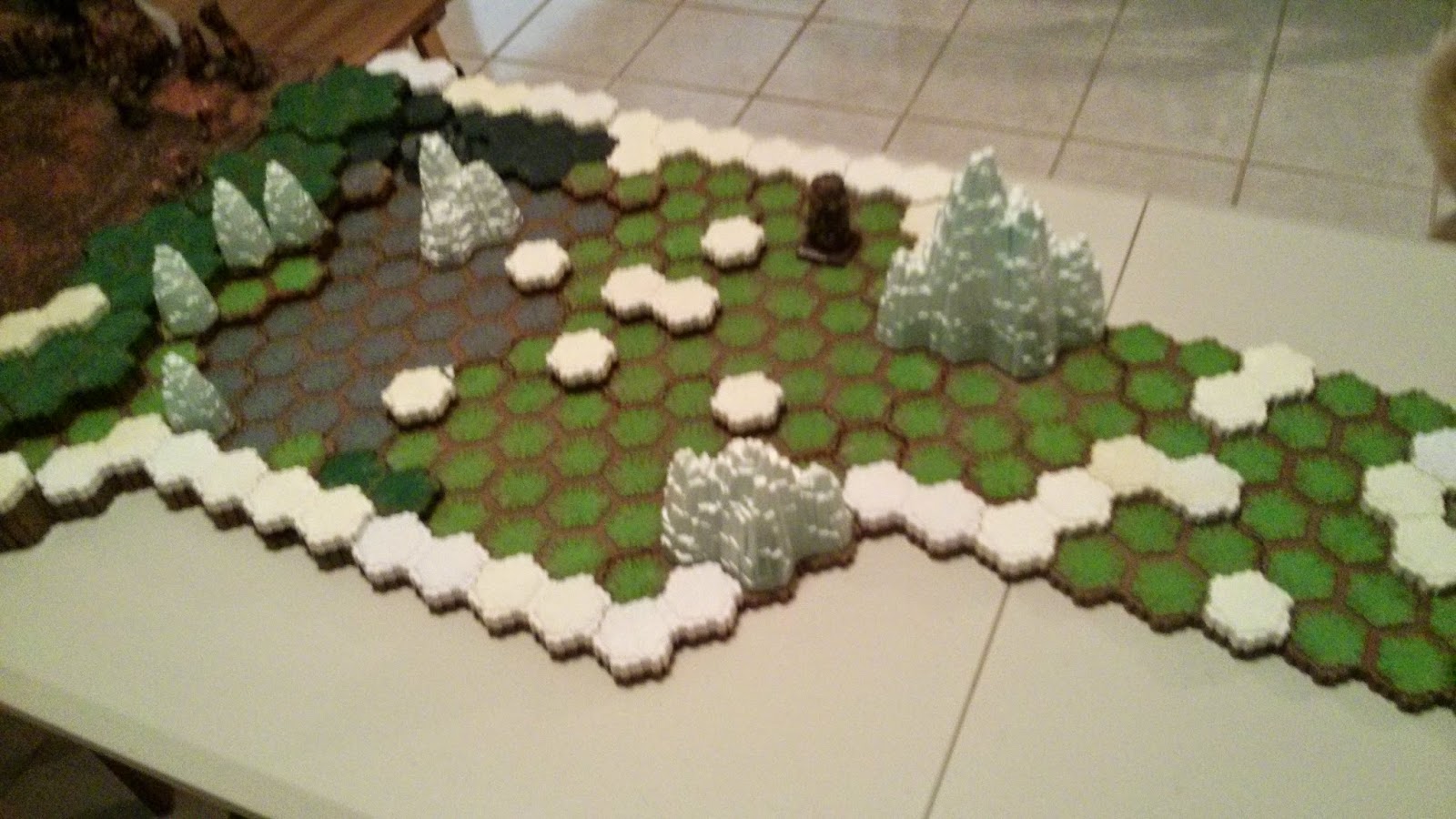 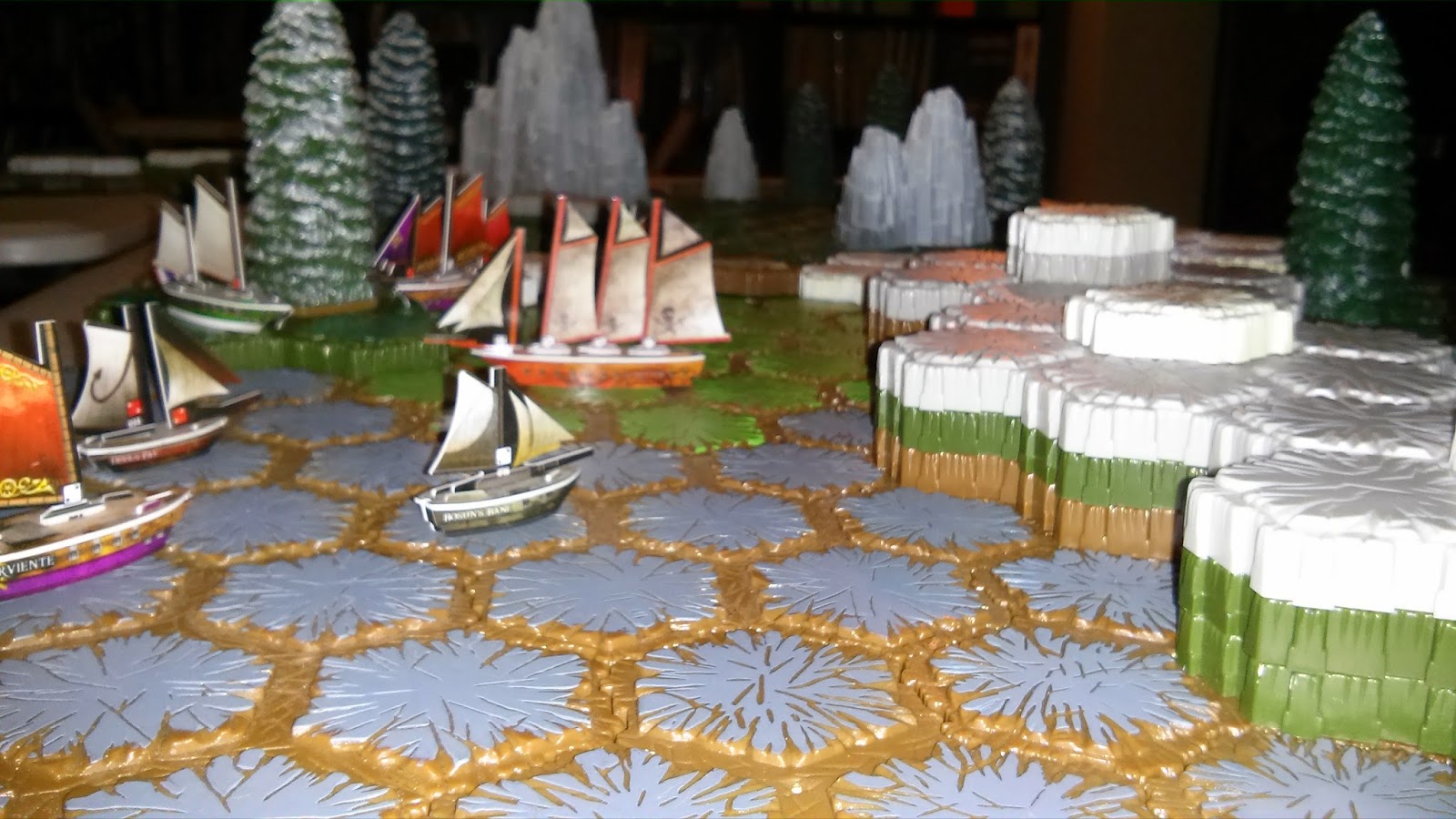 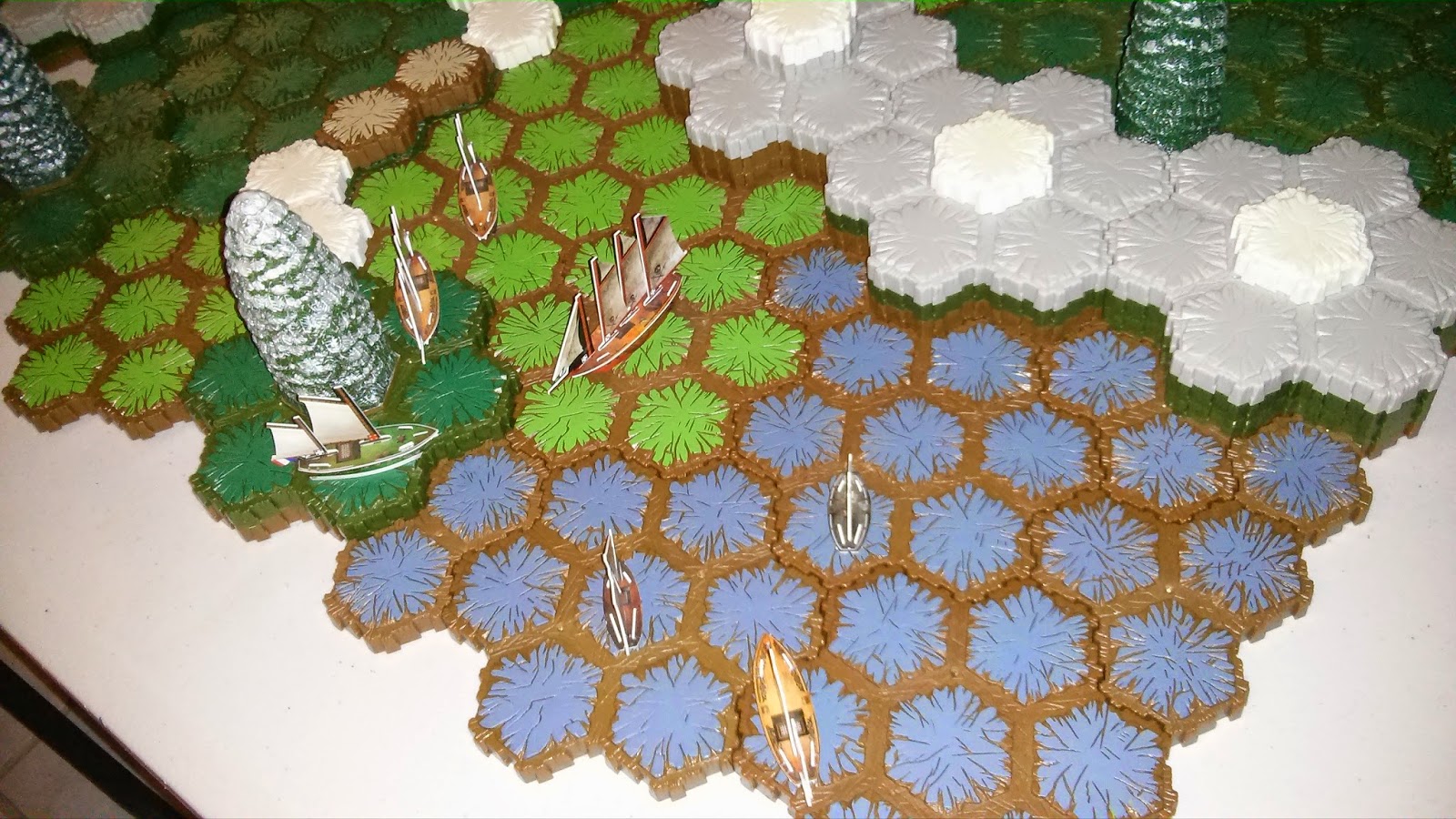 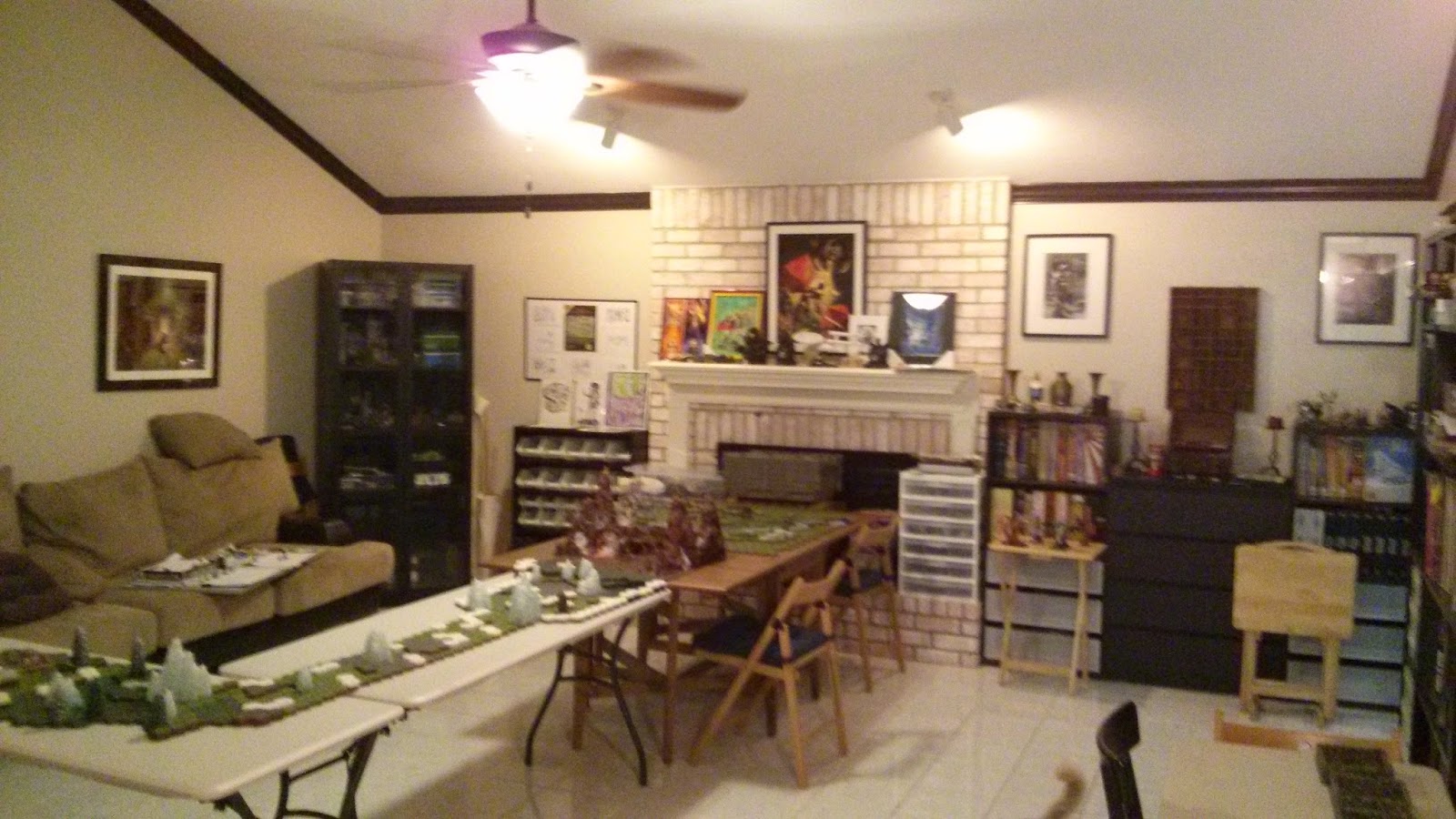 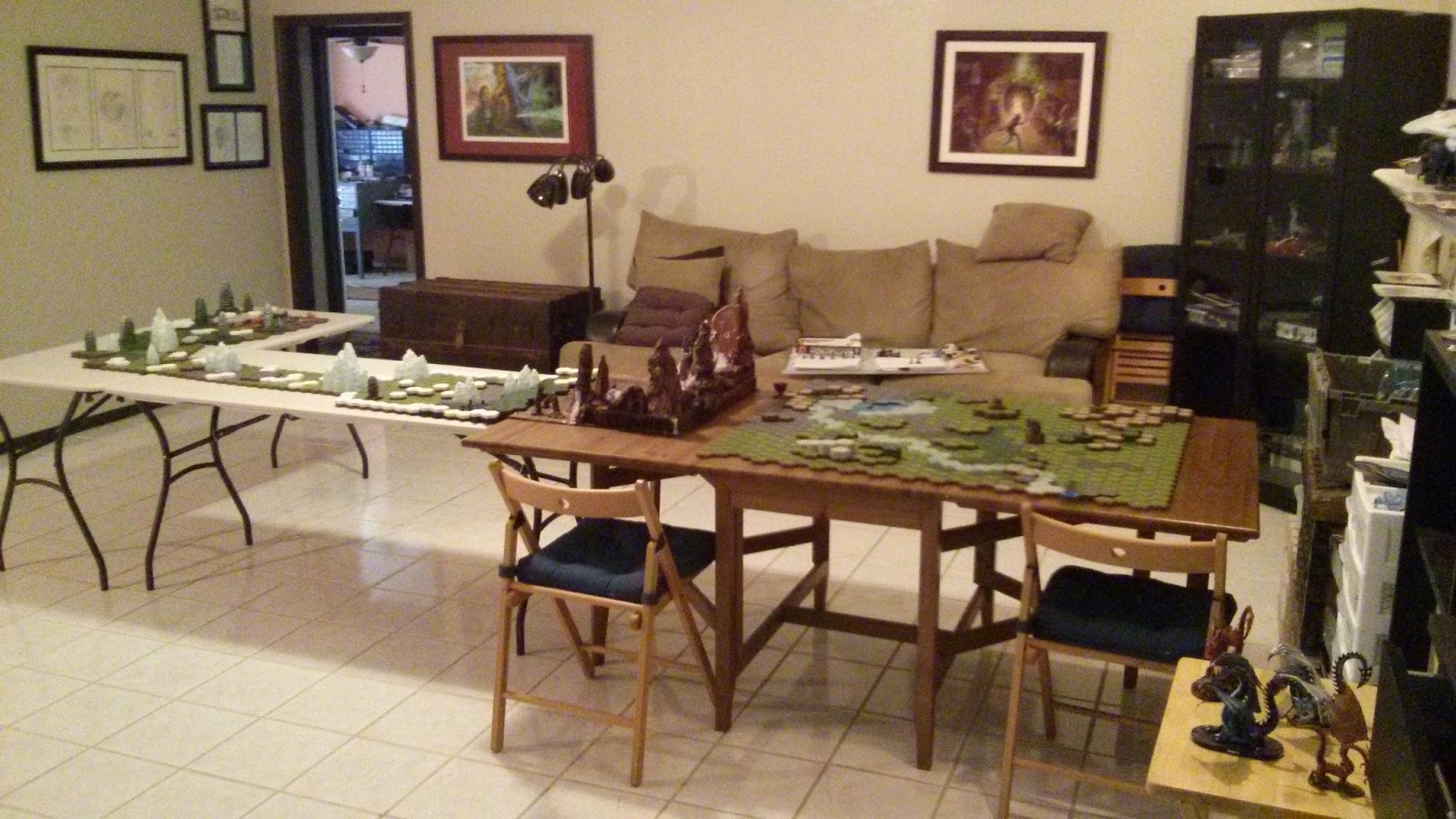 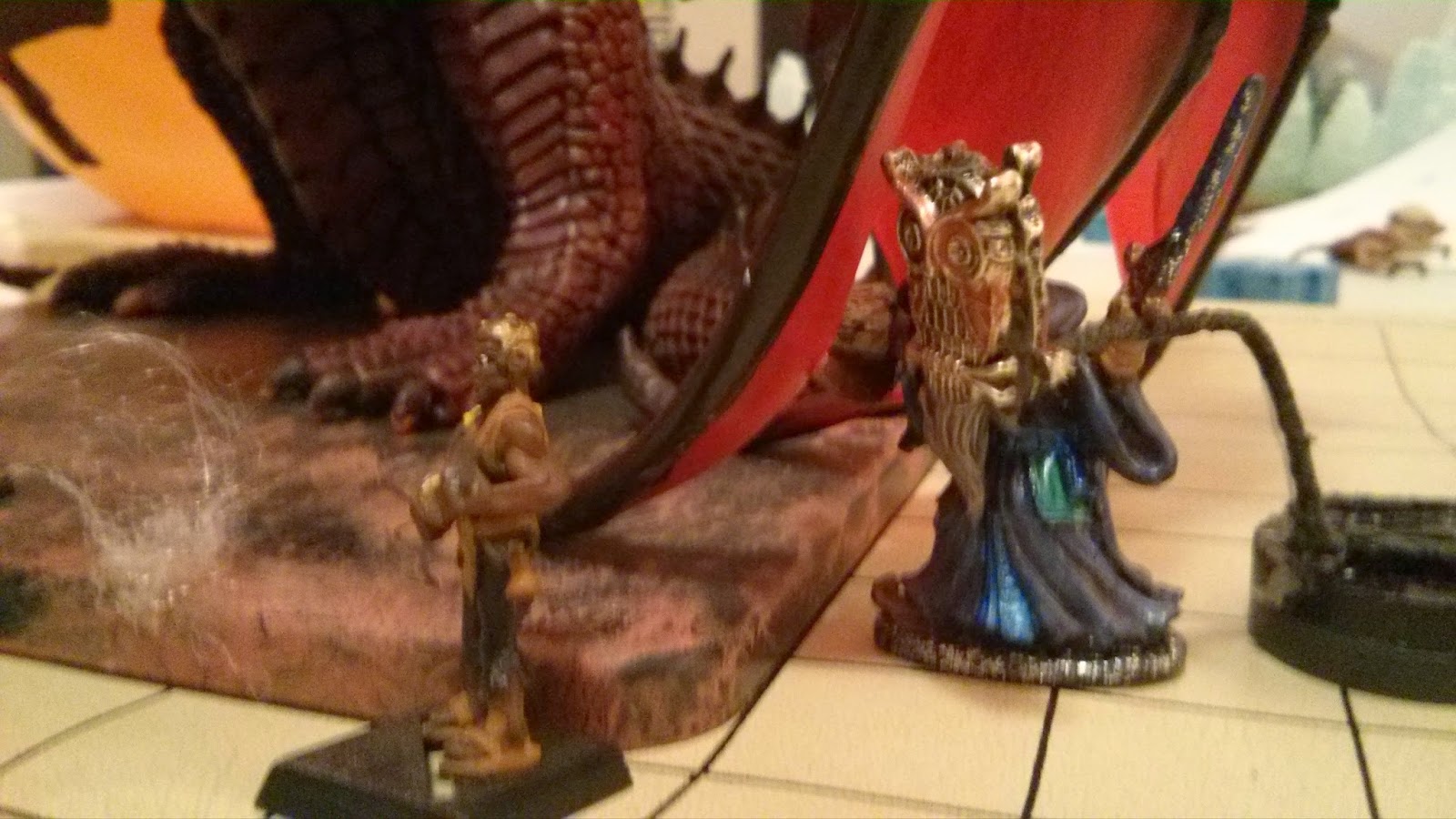 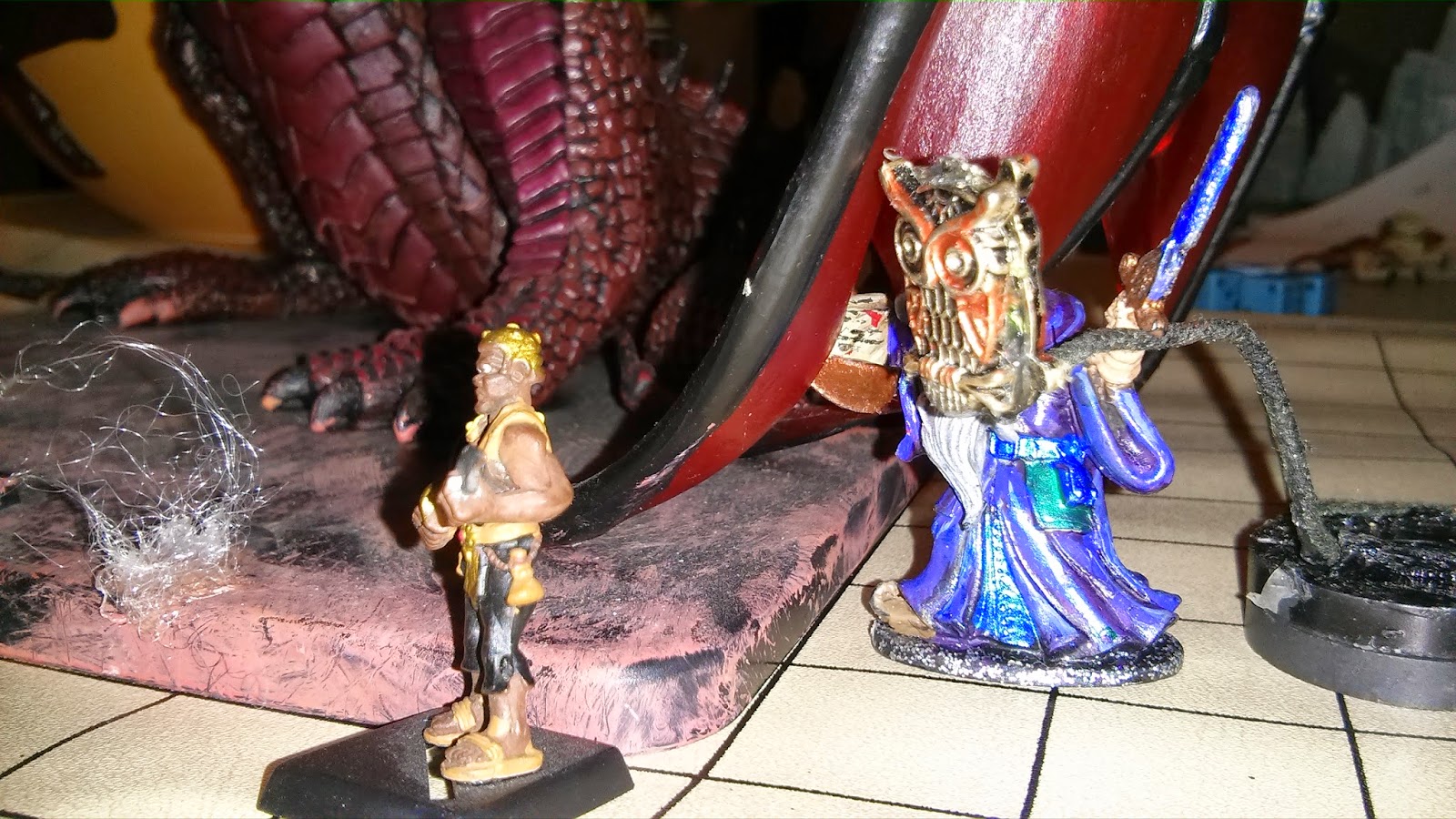 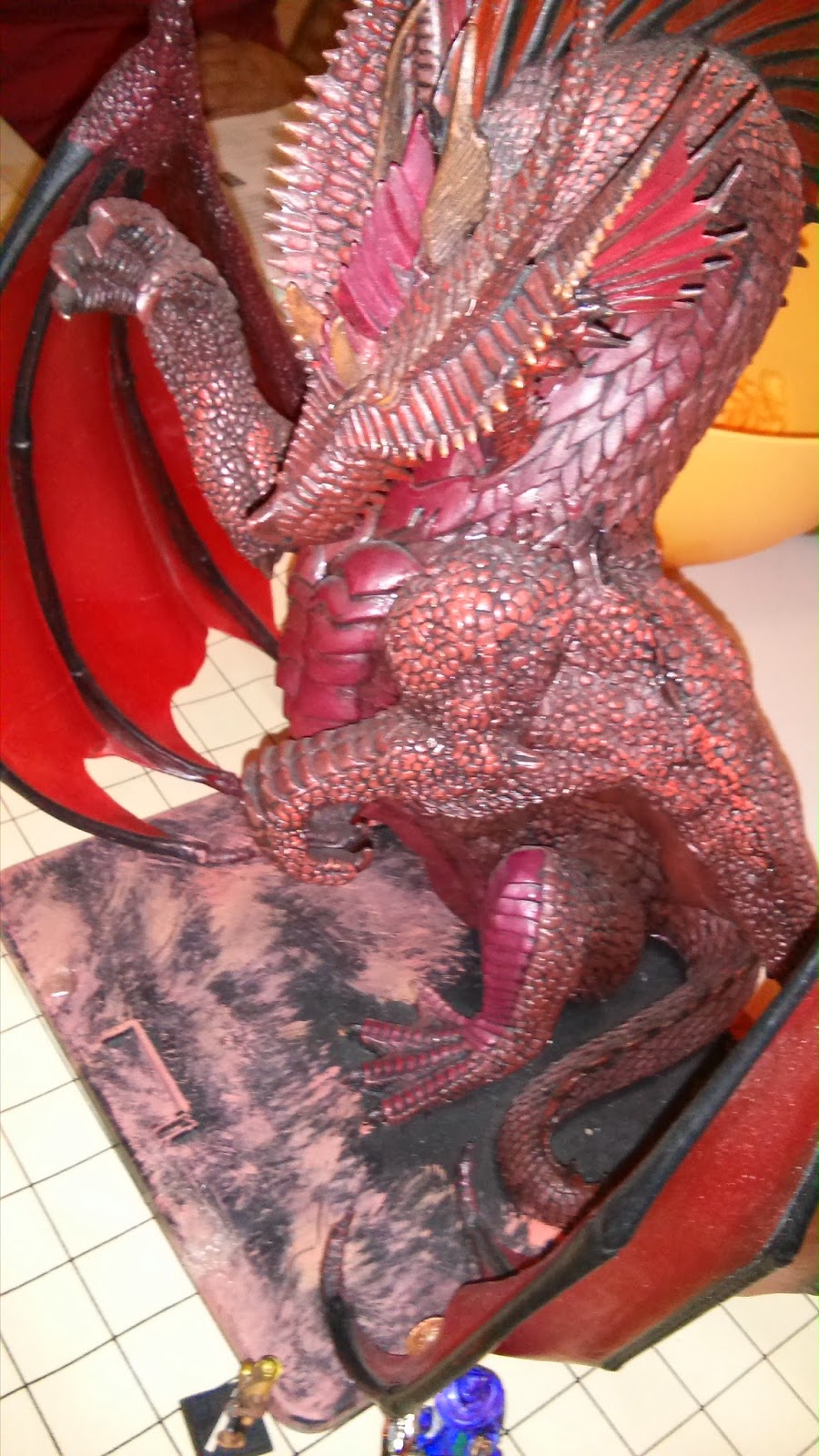 The fine folks behind the Dave Arneson / Gary Gygax / early TSR documentary, The Great Kingdom (facebook page), took the time to answer a few questions about their film and its production. The primary filming is complete, but the filmmakers need our support to finish production. They created a KickStarter campaign to fund the final Production of The Great Kingdom. I really would like to see this film and have made a pledge. Watch the trailer and decide for yourself.

How long have you been working on the The Great Kingdom?

CH: We have been in production on The Great Kingdom for almost year. If you count the years playing, we've been working on this project for 30 years. It's been an incredible, rewarding if not heartbreaking journey.


THIS IS THE REMARKABLE TRUE LIFE STORY OF THE RISE AND FALL OF GARY GYGAX, DAVE ARNESON AND THE PEOPLE BEHIND THE CREATION OF THE EPIC ROLE-PLAYING GAME, DUNGEONS & DRAGONS.

What was the most challenging obstacle in filming The Great Kingdom?

CH: One of the most challenging obstacles in any production is logistics - getting equipment, crew and schedules to match up with the busy lives of our interviewees. A challenge that we love to overcome.

AP: We're a small crew (3-5 people usually) and so everyone puts on a different hat at different during production. The hero of our production is James Sprattley. At any given moment, he is a Camera Operator, Grip, Make-Up Person, Producer, Craft Service, Driver, etc. It's been challenging, but great fun.


Editing transforms a pile of footage into a compelling story. But, there are many hard-core gaming/history buffs that might be interested in seeing behind the curtain. Is there any pledge level or possible future plans to release outtakes, extras, raw footage?

AP: We've discussed this only preliminarily. Of course we would love to show every bit of interview footage that we've filmed. Perhaps a website where everyone can access the interviews is something to consider. Paul Stormberg, one of our experts, has told us many times that what we are doing should be archived...these are testimonials that have never been recorded. We agree. It's something everyone should have access to. I would like to add that our website (http://www.thegreatkingdom.com) has a bunch of "behind-the-scenes" pics that might be of interest to anyone who would like to know how we work and who we are interviewing.


THIS IS THE STORY OF FAMILIES, BOTH BLOOD AND PERSONAL BOND, AFFECTED BY THE SUCCESS OF THE GAME, A GAME THAT BROUGHT JOY TO MILLIONS AND HEARTBREAK TO ITS CREATORS.


What time period does the film focus on?

CH: The time period that The Great Kingdom focuses on is from 1972 -1985 - from the inception of the game through the point when Gary Gygax is fired from his own Company, TSR. We picked that timeline because we felt the flashpoint of the story happened between those years. The story of Dungeons and Dragons is a big story, bigger than a feature length film. We didn't want to be the definitive documentary about Dungeons and Dungeons. There's a compelling story about the triumph and heartache that came with the development of the game - this is the film we wanted to make.


Did you interview any of the iconic TSR artists?

CH: We have not interviewed any of the original TSR artists. There is a core group of interviewees that support our origin story. We are focusing on those interviews right not now. If we had the opportunity we would have interviewed the great Dave Sutherland (Dungeon Masters Guide, Monster Manual). He was there at the very beginning of our story.


WHAT HAPPENS TO THESE INDIVIDUALS AS THEY WEATHER THROUGH THE SUCCESS, THE EXCESS, THE BETRAYALS, THE DOWNFALLS AND EVENTUAL REDEMPTIONS, ALL TAKES PLACE IN THE GREAT KINGDOM.

Do you have a total number of people interviewed for the documentary?

AP: We don't have a large number of interviewees as we wanted our story to be intimate and personal. Having too many people would have been confusing to any one watching the film. 12-15 people at most for any decent documentary and that's been tough to follow as there have been so many great people that we've interviewed already and there are still a couple of hold-outs. We'd like to keep the list a mystery for now as there are a few surprises we'd like to share when the film is released. The pictures on our website will give a glimpse of some of the people we've interviewed.


After you reach funding goal, when might the film be finished and released?

AP: We are hoping to have something to show by Gary Con next year (March 2015). If the stars align, we would love to be finished sooner, but that would be our projected date. We felt that it was our small way of giving thanks to the wonderful people in that community. After all, it all started in Lake Geneva.

AP: Please support our efforts on KS (https://www.kickstarter.com/projects/720223857/the-great-kingdom). We need as many people to get the word out as we can get. We are so excited to tell this story. It's a story for the ages, something every true fan of documentaries, D&D, RPGs and games in general would be interested to watch. 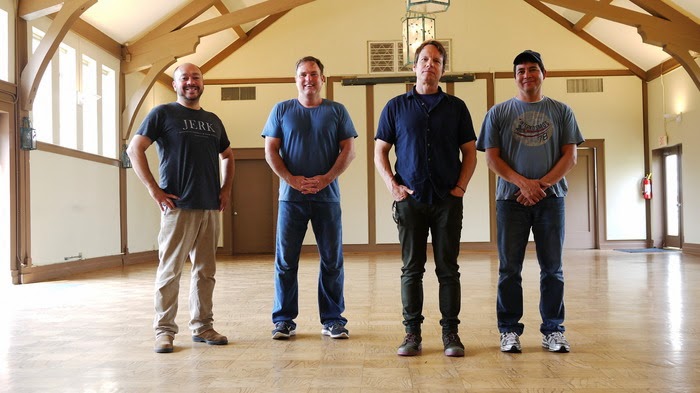 Here is how I'll run D&D for my Swords & Sorcery (Beastmaster, Conans, Dragonslayer, Fire and Ice, Krull, The Warrior and the Sorceress) styled Greyhawk (although I'm leaning towards ditching Greyhawk and just running with the "Durthos - City of Adventure and Twin Peaks Megadungeon" I've been working on for local (Austin) multi-gm Planet Eris campaign. But, I do really want to run G123/D12/? and S3).


S&S Greyhawk idea and inspiration from Beyond the Black Gate

Imagine Greyhawk City a little closer to Lankhmar. Its Thieves' Guild a little darker and more cultish as opposed to the one portrayed in the Gord novels.

Imagine a Scarlet Brotherhood more akin to the Dreaming Isle of Melnibone, its Suloise monks and wizards the modern descendants of the twisted demon-sworn conquerers of a dead age.

Imagine the Wild Coast and Pomarj as a savage Hyborian wasteland, where a man's life is only worth the steel he carries.

Imagine the Nyr Dyv as a pirate-infested sea like the Vilayet, dotted with black isles haunted by the nightmares of lost races and empires.

Imagine Dyvers as a city of dark pleasures, depraved wizards, and crowded brothels like Shadizar the Wicked.


The world is not leveled to the players. Death is possible. Referee will not protect characters from themselves. Caution and caginess are good attitudes. Magical items are rarish and not regularly for sale. Magic is uncommon. Wizards are strange, reclusive, secretive, and feared. Elves and Dwarves are strange, "alien", and indifferent to the concerns of man.

I understand this is v0.1 and "basic" rules. But... Dwarves don't get any Intelligence score increase, but Mountain Dwarves do get proficiency with light and medium armor.  Combined with "Casting A Spell" section has this to say about casting in armor;


"... blah, fluff, blah, you must be proficient with the armor you are wearing to cast a spell."


Means, unless I missing something, Mountain Dwarves are the only armor wearing wizards (by RAW and presuming no multi-classing). With multi-classing and super low XP for 1st level it is eminently min-maxish of any Wizard to take a level of Fighter.

Now, DMs are free to plug this "hole". It's just weird (still assume I missing something somewhere...) Although, maybe armor is not a big deal with all the "impossible to die" rules (full hp regen every night, partial hp regen rests, multiple saves before death, lots of spells to auto-make saves / heal / be not dead, healing potions in the equipment list, etc.).

Personally I like Dwarves to be the antithesis of magic and Elves to be fighter/mage types. I'd house rule Dwarves to have advantage on saving throws against magic and be unable to take Wizard levels. And Elf Fighter/Wizards being one of the very few multi-class options available.

[wtf is up with basic PDF jacking cut and paste?]
7 comments:

Because I have too many games I want to run and I like "promoting" RPGs at my FLGS's I came up with scheme to run small "campaigns" with six different (less common, but currently available) game systems in roughly six months.  I'm sure with holidays and scheduling it will take a little longer than that. But the goal is run 3-5 connected sessions of each RPG. Long enough to get real feel for system, not too long the DM burns out. 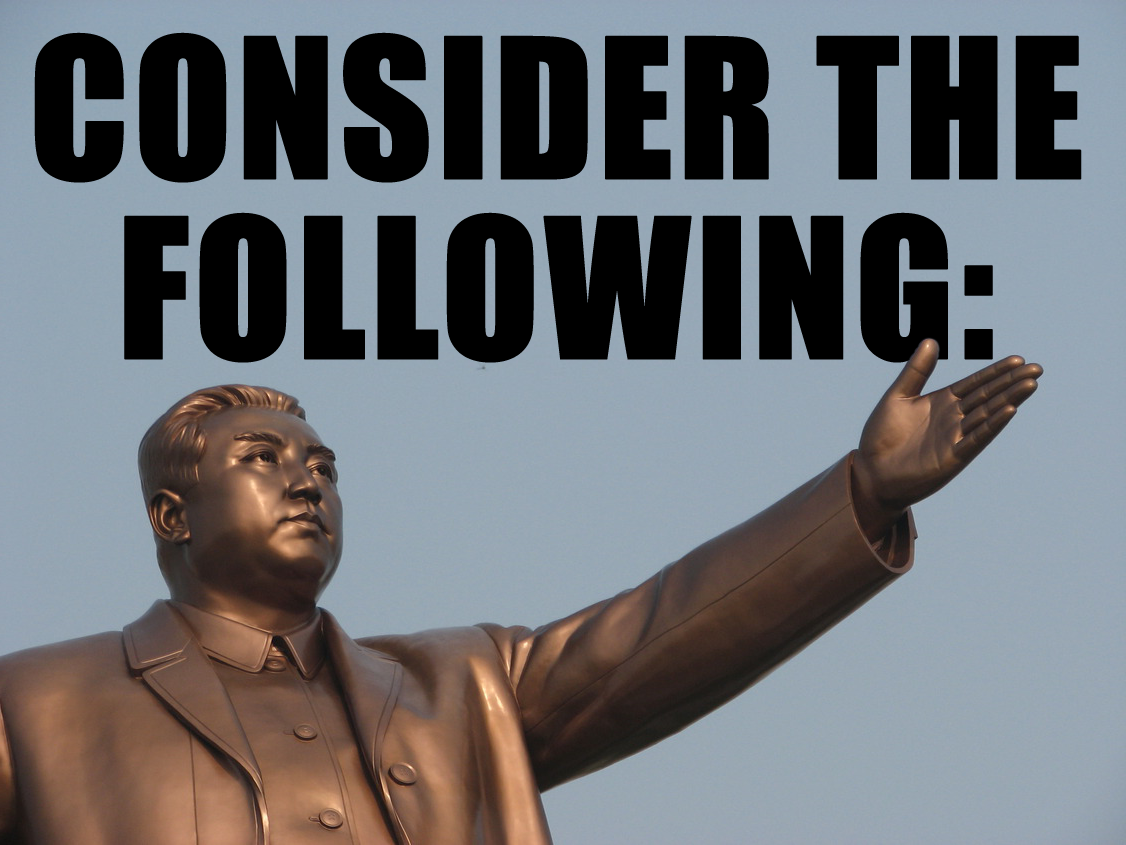 Dungeon Crawl Classics - too 'popular" for list but friends are begging me to run it...

FATE - Thinking something Hong Kong Action like. "Big Trouble in Little China" with some "Escape from New York" thrown in.

RuneQuest II (Mongoose) - cause that is version I have.