Quick, Grab Some Wonderful Weirdness from the Heart of Texas

I, upped my pledge to "The Brad" level (The Full Brads had already sold out) after they, The Hydra Collective LLC, a newly-formed worker-owned company that aims to serve as a publishing vehicle for the DIY/Old School(ish) side of the rpg hobby, were nice enough to acquiesce to my overbearing demands and post the point crawl map preview cause I was working on point crawl of my own.

The Kickstarter has already blown past funding and several stretch goals. Funding now, you are guaranteed plenty of bonus loot. But, don't dither, delay, or dally, project is now in last couple days.

Btw congratulations to the whole crew. Some of whom I know. Which you may think influences my support their Kickstarter. But, I know lots of people and I'm not blathering on about all their Kickstarters. Besides Hydra Collective are a bunch of drunken louts,

There are previews of the complete text are posted in various updates like this one describing the 5th Stretch Goal. Check out this side view, an unrelated work by one of the projects artists. Wow! It's like Old School version of Richard Scarry. 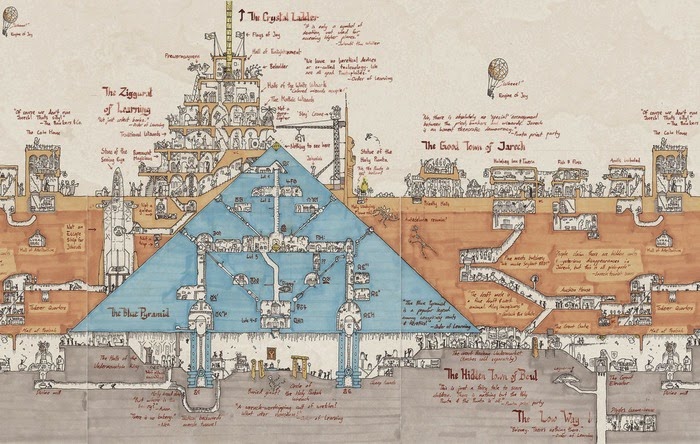 Damn, I knew this project was gonna be cool and haven't been following it too closely (busy playing games). But looking over things to write this up. I'm getting really excited about this KS. And impatient to get my grubby paws on this.
No comments: 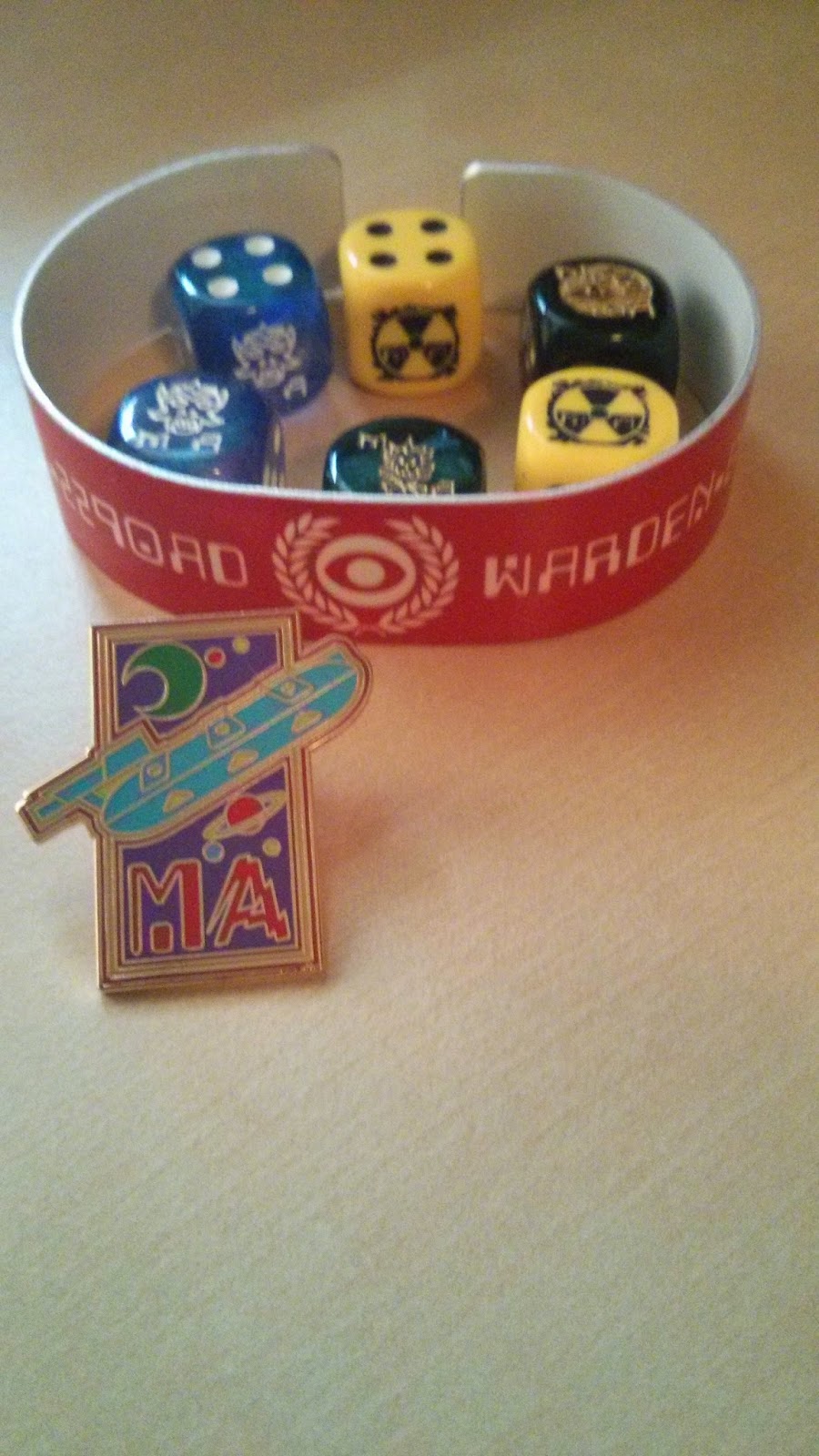 In my mail box I spy Cthulhu stamped package from Goodman Games. All good omens. Forgetting what it may be for I'm totally stoked to find a Warden Red Security bracelet in side.  Metamorphosis Alpha pin and custom MA themed dice.

A Captain band would have been nice. Only five of those were produced! Security is one of the better looking bands. I like med red on white best. But who wants to save lives when they option to be the thuggish enforcer of authoritarianism. :) 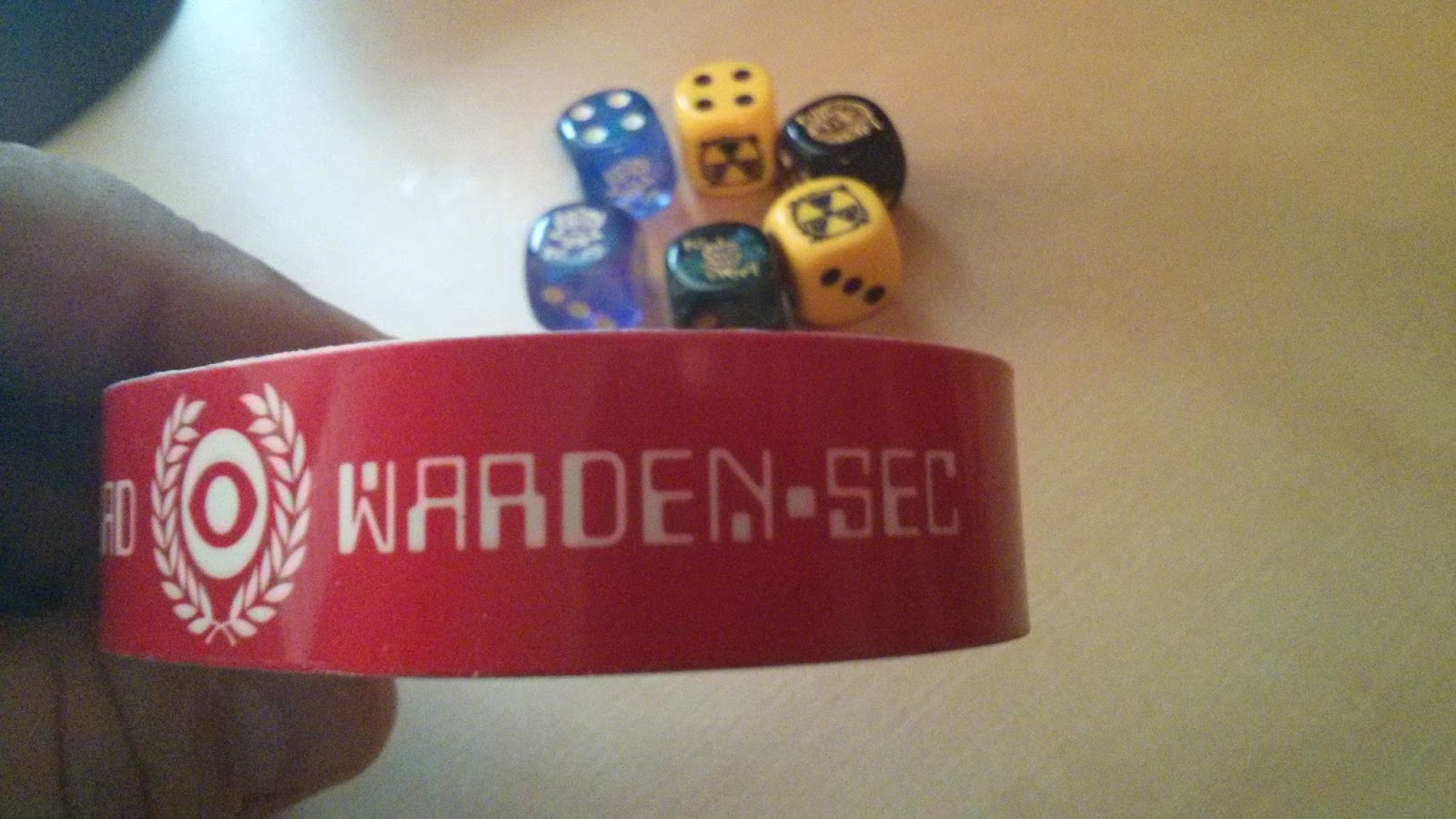