In my Gold and Glory campaign I've created some fluff around standard D&D magic.  Which has lead to particular research rules I use. 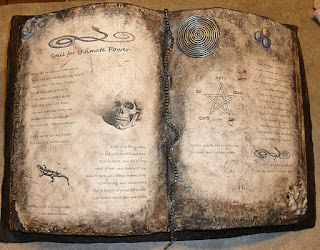 Magi open valences in their mind that attract and store magical energies (aka memorize spells into spell slot). To do this they study complex mathemamystical formulae (aka spell book).  Each valence is unique and it is not possible to open two identical ones. (aka no duplicate spells).  It takes about a night's rest to accumulate enough magical energy (aka cast each spell 1/day).  These energies are expended when spell is cast, but, the valence remains open (aka spell book only needed to change "load out").   These formulae may be written in any language, but most grimoires, at least the good ones, tend to be written in ancient, obscure, and/or diabolical languages (aka no read magic required).  These formulae are not magical in and of themselves (aka no scrolls).  With a source of concentrated mana to fuel spell in place of valence energy, a formulae may be slowly followed/recited (aka 10gp/lvl & 10min ritual casting).

[I make frequent use of a 2d6 mechanic where player rolls 1d6 and DM rolls 1d6 (in secret).  The player will have some idea of the total, but not absolute knowledge.  I use this for various rolls below.  I picked this up from some blog post where it was used for reaction roll.  In addition rolling "doubles" indicates some special (odd) occurrence from bad (snake eyes) to good (boxcars).]

It takes a great deal of skill and time to copy formulae. Ruining the copy during this process is common. There is always the chance of introducing an unintended and unnoticed alteration. The Magus may continue spending time and money until they create the number of copies desired.


Some example "doubles"; 12, error in transcription, spell will explode (d6/lvl, centered on magi) when cast. 10, spell will have opposite effect.  8, spell will fizzle.  6, spell's effects won't manifest until d4 rounds after it is cast. 4, weird but not that beneficial change to spell.  2, spell improved (better range, duration, effect).


Spell formulae must be learnt

Learning a formulae, which is required to cast spell, requires only time. Magi "learn" a given formulae after a number of "research points" equal to 10*spell level is accumulated. 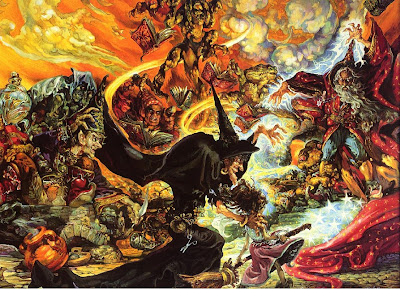