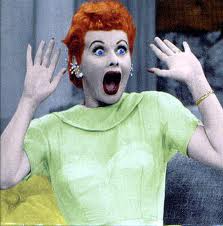 DMing lately I've realized I don't like surprise... rules. They are (to lessor or greater extent depending on system) a confusing exception to combat sequence.  Esp in OSRIC!  Surprise has the same, bad "swingy" characteristics of criticals (unfun to be surprised, an anti-climatically "win" button to surprise).  Worst of all, asking for a surprise check eliminates any actual surprise!  [Don't generally wanna roll dice in secret for players.  A mechanic that requires me to, is a bad mechanic].

I'm not against surprise.   But, it doesn't have an effect on play often enough to deserve it's own specialized mechanic and it should not be a part of every combat.   Surprise should be uncommon and special.  Not, "ho-hum we rolled for surprise".  Instead, "Holy fuck where did that come from!"  Certain creatures that attack from ambush, should roll for surprise.  Or, just give them the initial attack automatically.

My just formulated rule of thumb; If ambusher is something like jaguar, piecer, mimic combat will start with their "free" attack.  Then roll for initiative.  If it's just some schmuck orcs with bows hiding in the woods I'll give them first initiative.  Which, I guess is a surprise rule.  So, I must alter my initial statement to "I don't like existing, complex surprise rules.  I like mine."  Which is really no surprise ;)

Still, describing how a stalagtite has fallen from ceiling, knocking down Sir Roderick and piercing his shoulder is much more fun/dramatic/tension building than annoucing "roll for surprise".
3 comments:

This is an Epic post of Publishers & Products, also where to get them online.  Epic amount of work, epic amount of usefulness, and shows breadth and depth of hobby's commercial side.


What's your philosophy of running a tabletop game?

It varies by type of campaign.  Although after writing this out I seem to be converging ToEE towards style I preper.

1. What sort of environment does your story take place in? Is everything random? Semi-random? Carefully planned?

World of Greyhawk before 2nd edition stupidness.  Magic is common but not a technology replacement.
Mostly player triggered semi-random consequences. There are some events that I roll randomly to see if one happens.  But mostly world reacts to players.  For instance they wiped most of Lareth's minons but went back to town before dealing with him.  Instead of sticking around for obviously powerful party to return, Lareth being 18INT/18WIS decided it was time for strategic retreat and moved into the Temple Proper.  Player inaction also triggers events.

2. Does your environment support the characters, challenge the characters, or both?
Challenge players.  There are many, many factions.  Some strictly for or against characters.  The rest will ignore, help, hinder party based on what that faction learns about what PC's are doing.  There is opportunity for much support, mostly ignored by players even when waving it infront of them.

3. Do character actions have a meaningful impact on the environment?
They could.

4. Does the environment have any laws that differ from the laws of our universe?
Of course, this is fantasy!  There is magic, gods & demons that exist, etc.  Things that may trip up players but their characters would know or rules issues (many new players), I warn them about.  For instance Paladin's detect evil ability requires vocal/somatic and thus is clearly visible and considered rude to do on people.

5. Are your characters regular joes or heroic types?
Above avg joes & semi heroic abilities (cause AD&D expects some level of munchkinism).  ToEE campaign is LG so "heros" in that sense.  But, death and failure are very possible.  There is no guaranteed happy or heroic ending.

6. Are the dice weighted in the characters' favor or is the universe unforgiving?
Worse than unforgiving.  If players rely on dice/mechanics over wit and strategy they will fail.

7. Should the characters trust the GM? If not, why not?
Not as NPC / Monster, obviously.
Yes for rules (although I make tons of mistakes etc.  Overall I strive to be fair.  Also, never penalize players for my mistake)
For rest,  in a way no and yes.  I challenge *players* (which is the yes part.  DM role is to challenge, otherwise might as well do collaborative storytelling or play computer RPG)  One way to challenge is subtly using psychology against them.   For instance if they know they are in a race to get through area.  I will give them every opportunity, temptation even, to dawdle.  Just by providing a word or two extra description on something will often lead players mistakingly believing that something to be vastly important and waste inordinate amount of effort on nothing.

1. What sort of environment does your story take place in? Is everything random? Semi-random? Carefully planned?
Exploration based sandbox.  Crazy mashup of Science Fantasy, Steam, Post-Apocalypse, and anything else that catches my fancy.  The world is unknown (to characters) everything must be discovered.  There's tons of stuff placed on map ala JG Wilderlands or Carcosa (btw some of that in there also).  Many, many random tables for fleshing out, filling in blanks.

Despite that I consider it carefully planned, lots of (learnable) internal logic.

2. Does your environment support the characters, challenge the characters, or both?
Indifferent and Uncaring.  There are few if any self-less "good" NPCs/Monsters.  Everyone has their own goals and agenda, just like in real life.

3. Do character actions have a meaningful impact on the environment?
They could.  But, only if characters do something meaningful.

4. Does the environment have any laws that differ from the laws of our universe?
More so than most campaigns.  The Wilderness and Dungeons are "Mythic", they don't follow any rules.  Goblins don't have ecology, they are in this room to eat you!

5. Are your characters regular joes or heroic types?
Outcasts and "failures" of society.  If they had skills (say blacksmithing) or even ability to settle down make a farm & family.  They sure as hell would be doing that rather than risking death and worse poking around in dungeons.

6. Are the dice weighted in the characters' favor or is the universe unforgiving?
Random.  You lose control over your fate if you leave it up to dice.  It's almost always better to anything other than dice rolling. (better to trick dragon out of treasure than fight for it) No skills, descriptive adjudication.

7. Should the characters trust the GM? If not, why not?
They should (but probably don't) trust that I'm not out to kill them.  They shouldn't (but probably do) trust that I'm gonna only provide challenges they can handle, that I'll lead them along a path of success, that campaign world exists to provide them regular, safely acquired, parcels of treasure and experience.
No comments:

Roleplaying Tips Weekly newsltter/blog posted great article http://www.roleplayingtips.com/gm-techniques/how-to-create-great-magic-items-in-just-three-minutes/  Here are a few items I just created.  The best advice I can give is use a crazy random name generator (several are linked in above article).  At least for me it spurs the imagination and leads to things I wouldn't have come up with otherwise.


Benefit - On critical hit or killing blow the target's blood seeps into wood and down shaft along now visible pulsating veins.  Invigorating wielder with healing or bonus hit points.

Lore - Prior to the Battle of the Mounds a lone Barbarian prayed for victory, his god responded with this maul.


Benefit - 1/day after 1min concentration the cloisonné will alter to depict current view of known or nearby area e.g "other side of this door"


Drawback - There is 1 in 20 chance of user becoming trapped within cloisonne picture.


Lore - Created for Czarina Aneska who worried excessively over and wanted to keep eye on here many children.

Appearance - 2' dia copper/silver Tesla coil on 4' rosewood pedestal and stable iron base.  Thick, stiff 15' cable attaches pedestal with matching 2' rosewood box.  Attached to side of box is large hand crank.  On top of it is large metal contact blade switch.


Benefit - After one round of cranking electricity crackles around the coil.  After the second or any subsequent round of cranking the switch may be thrown releasing a Xd6 bolt of lighting where X is the square of the # rounds cranked. 2rnds 4d6, 3rnds 9d6, 6rnds 36d6.  Bolts may fork to multiple targets, e.g. a 9d6 bolt may fork to 4 targets doing 2d6, 2d6, 2d6, 3d6 to them.  Max range is unknown definitely further than the 15' cable.


Lore - Bennie Frankinbottom, the infamous Gnome tinker is blamed for inventing this device.  It is said to be the primary cause of Sultan Al-Dinsur's defeat at Bugbear Grove whose army was operating the device.


Twist - Those in full metal armor with helmets are insulated from damage (bolts pass harmlessly to ground)
No comments: