Man, why does the Dwimmermount Kickstarter generate so much drama?

Long ago it was empty rooms and rounded treasure values, wtf?

Now days, it's getting bent out of shape cause Autarch / Tavis is doing a fucking fabulous job at dealing with an extremely difficult situation.

Meh.  Maybe because I suffer depression (have lost girlfriends, one job, and jacked up many lessor things due to it) I just can't muster any ill will towards anyone involved.  I'm also probably much more patient than most.

Dwimmermount project is going well considering what it has dealt with.  Projects without any of the same impediments have burned to the ground less graciously than Dwimmermount's "failure" has been handled.

Too many people expect Kickstarter projects to be something they are not.  They are not purchases.  They have the risks of an investment without the upside potential.  They are closest to a donation with defined perks.  You should not contribute money to a Kickstarter you can't afford to loose.

Yes, there's been lots of changes, reverses, etc.  It doesn't matter, chill already.  It's plainly obvious that people running things are absolutely not trying to screw anyone.  That they are bending over backwards attempting to appease a diverse group of participants.  Too many of which are whiny bitches.

Yes, it's long time in coming (except that we got all the maps and good enough draft). I guess if you're a collector, wetting yourself over chance at rare hardback, I don't have sympathy.  I have friends that are collectors, nothing personal, but this is a hobby of players. Collecting gets the same treatment as half-brother mutant, we keep locked up under the stairs.

Dwimmermount is one of several mega-dungeons in my 1.5/weekly Gold & Glory campaign.  Two groups adventure in it regularly.  People enjoying themselves around a table.  There is no higher level of success than that.
8 comments:

In my Gold & Glory campaign I've placed dozens upon dozens of past One Page Dungeons  to fill out wilderness, under The City, stuffed in megadungeons as sub levels, as "events" to spice up the doldrums,  everywhere.  Really an amazing resource.  Great shout out to Alex Schroeder for keeping it going.

I judged one year, it was a blast if a bit overwhelming. Maybe if I get not lazy I'll put together a submission deadline is April 30

The particulars copied from 1PDC page: 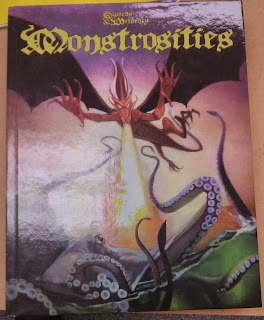 And here are some players, at Whose Turn is It? Games, Austin, TX. cheering that their characters survived an encounter with some of Monstrocities within. 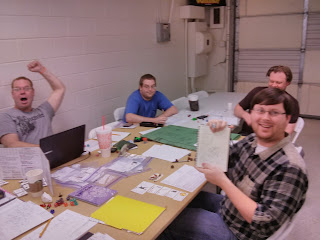 Monstrosities: A huge 555 pages (almost as big as the Tome of Horrors monster of a monster book (which they should have trimmed something just so it was 666 pages.)) collection of every standard monsters one would expect (except Beholder (or its misnamed analog) apparently) . Along with a great many new and unique creations.  Most on a single page.  All with picture, All with a mini-adventure. It is useful. Essential. The only non-module, non-self created book I lug around to games.
No comments:

Sorry for the light posting this year.  Been busy running my Gold and Glory campaign (1.5 times a week using Swords and Wizardry) or playing (1/week Pathfinder Pirates).  Playing games trumps blogging about them ;)  I mostly post to spread awareness of the occasional Kickstarter or announcement. 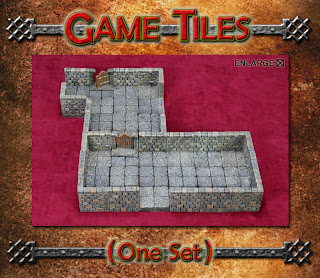 I've always been interested in Dwarven Forge (or similar) but two things that have kept me away have been solved by this Kickstarter.  Price and fragility/portability.  Still not "cheap", but for the price of modern board game or couple RPG books you get a usable amount of tiles.  They're made of "dungeon grey" hard, dense PVC that is strong (video shows it being hit with hammer).

My only remaining trepidation is set up time.  Which is inherent with any sort of tiles or even using wet erase mat.  Dwarven Forge Game Tiles would not be for every game but would really enhance the games it's suited for. Such as miniature focused games.  So, I'm backing 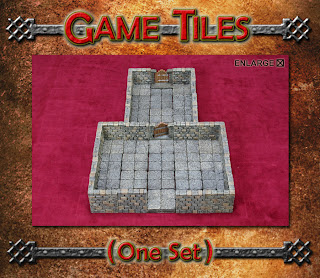 Reminds a bit of the Reaper Bones miniature Kickstarter (a huge success / value for backers).  In that the per unit cost can be brought way down with larger upfront capital (in equipment/process and large "print" runs).  But that upfront is extremely risky, esp for smaller niche companies. Manufacturers risk making too much, too little, or something that's not all that popular among customers.  Kickstarter is near perfect solution to this.  Get the capital upfront and gauge demand, reward early adopters, get more game stuff into more peoples hands. 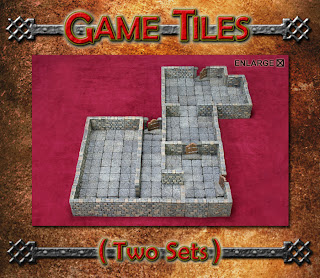 Long time, no post. Been busy gaming!  But the folks at ntrpgcon.com just informed me about this kickstarter to help start a Game convention just north in Waco, TX, September 27th-29th 2013. At the newly renovated Waco Convention Center.