Awhile back friend, who had just seen Mad Max (a great disappointment btw), was bugging me to run a post apocalyptic campaign every time he saw me. 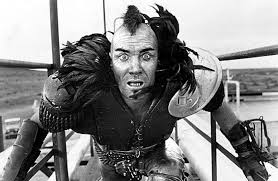 For the last month I've been semi-obsessed with the excellent rougelike Neo Scavenger which you should check out here http://bluebottlegames.com/main/node/2 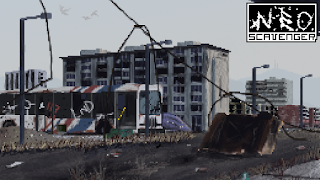 Which got me wanting to run a pocolypse game. Now in the past that meant Gamma World or Metamorphosis Alpha. With crazy mutants and towards the silly fun side of dystopias. But, Neo Scavenger and what my friend was imagining was "realistic" and gritty. And what's the grittiest of gritty games? None other than...

Aw yeah! I have four versions (plus two more sci-fi versions and various genre supplements) of Rolemaster. But haven't actually played it in 24? years...  Had to use RMSS/RMFRP cause I have most books for that (including 3 copies of core), RMSS Blackops gave modern professions and RMSS Arms Law, Firearms along with Privateers:Blaster Law provided the needed Bam Bam and Pew Pew to go with the hack and slash.

Keeping in line with Neo Scavenger and stealing from the Morrow Project characters
are part of The Project. A quasi-military, non-governmental organization created by a trillionaire to rebuild society after it collapses. They are members of a seven person recon team. Which in turn is part of a larger recon unit. The whole unit with equipment and supplies was put into "stasis" to be woken a few weeks/months after "the collapse". Along with other Project units all over the country / world.

The first session is team coming out of stasis and discovering things did not quite go to plan. Everyone has a varying amount of "movie" style amnesia. So, they may create as much or as little background / depth / history as they want. And may add/change that history during the game via "I just got some memories back." Amnesia also allows players unfamiliar with system hold off on some of character development until after they've played and learned how things work. It's really a great meta-game device I'm gonna reuse it.

Last Friday was first session and, cause Rolemaster, the entire session was spent creating characters. I like parts of RMSS but it's just too much. I would definitely use Rolemaster Classic or HARP in future.

First phase of campaign will be players just trying to survive. Get water, food, shelter. Then they will move onto scavenging and trying to get some actual gear and weapons while avoid being scavenged themselves. By this time, they are, hopefully pissed off and wanting revenge against the "Raiders". Motivating them to build/steal a vehicle and we move on to the Mad Max Punk Rock Road Battles portion of the campaign After that, well don't want to reveal too much. 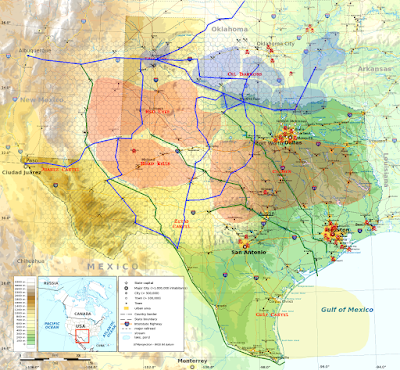 The campaign map. Click to embiggen. I'm disinclined to discuss it much cause I'm sure my sneaky players are reading this post. I'm sure it helps that I understand what the map represents. But, creating and then looking at this has got me really excited to play. There's just so much potential action and fun represented.