I love, love this cartoon. I wish there was more. It was my first introduction to "weird science", fantasy and sci-fi. Many of my D&D campaign worlds have been strongly inspired by the opening narration. It has stuck with me.

"The year, 1994. From out of space, comes a runaway planet, hurtling between the Earth and the moon, unleashing cosmic destruction. Man's civilization is cast in ruin. Two thousand years later, Earth is reborn. A strange new world rises from the old. A world of savagery, super-science, and sorcery. But one man bursts his bonds to fight for justice. With his companions, Ookla the Mok and Princess Ariel, he pits his strength, his courage, and his fabulous Sunsword, against the forces of evil. He is ..." 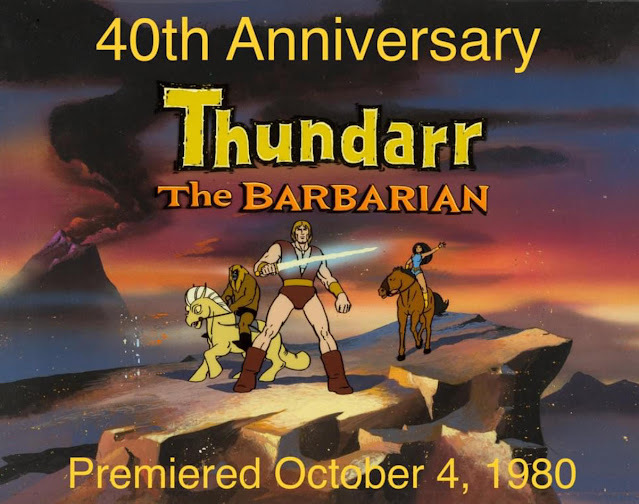