After spending a couple hours setting up this blog I actually have to post something? What a scam.

Remember "First Post! Wars" on slashdot? Before Hot Grits Down Pants and Nekkid Petrified Natalie Portmans were things <- (what they were before hipsters hiply named them meme's). Back when Beowolf Clusters were the new hotness Linux Nerds could use to impress their gir... each other. I do, I'm old, I've seen a lot. Not everything, but enough. I might post about it.

Oh, what's this blog about? Stuff Norm likes. That probably means mostly Tabletop Role Playing Games and Tech / Software Development. I'm sure to stray cause there's just too much I like. Which sucks for my mythical readers since no one likes the all same stuff I do. Maybe these Tag things will help.

I'm prone to depression, cynicism, flaming, trolling, and ranting. Although, for this blog I'll try hard to let my inner norm rule. The inner norm is acceptably approximated by this totally posted without permission sinfest

Understand that inner norm or not and even if my posts are 1/10th as awesome as Jeff Rients' or the Evil DM's this blog will never be able to hold a candle to Monkey Sword Fight. 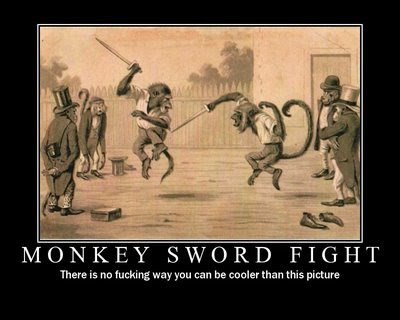