I'm using the five colors from Magic the Gathering CCG for "alignment" and as an option for practitioners of magic. Not sure what mechanics if any. Proly just use it for spell lists and flavor. The schools listed for each color are for adapting 2nd ed and greater spells. I don't intend to use them in game. Colors replace them. I was using purple for "the color from beyond" before I ripped off Jale from Carcosa, thanks Geoffrey!

I have cool names for all the elemental magics except "white magic", any suggestions? 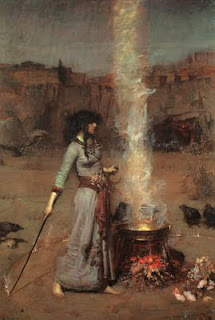 The five colors, in addition to being an ethos/alignment, shape the nature of magic. The color's characteristics infuse each practice. Thus red magic is destructive and violent. While white magic is peaceful and loving.

Many practitioners choose to focus on magics aligned with one or a few colors. Usually matching the color of their alignment and almost never opposing colors. Multi-colored & rainbow wizards exist. They have more spells, but each is of lower power.

There is a sixth "color" of magic, Jale the unnatural color of cosmic void and the alien intelligences that dwell there. Its ethos is as incomprehensible as it's magic is powerful. There for an endless stream of practitioners seek out its secrets, go insane and generally run amok.

Each color is tied to a celestial body. The colors' relative powers wax and wane as their celestials trace the pattern of creation through the constellations. Some authorities hold that all these "planets" are inhabited and may be reached by brave travelers if the proper steps are taken.

Each celestial body has great significance for Hermetic Wizards, Astrologers, Augurers, and the like. Each is associated with a day of the week and with the ceremonies and holy days of certain deities. This relation between day of week, celestial body, and gods is less meaningful to other traditions such as Norse wyrd and rune magic.


The Colours of Magic

The Celestial Bodies, names of the days and associated gods for various cultures. [and one thousand curses apon formatting tabular data] 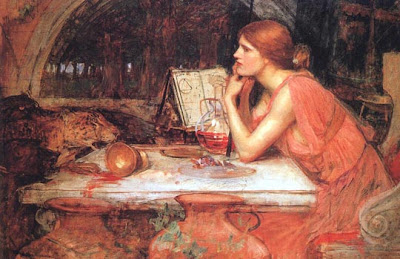