If you've only made one post so far this year make it a quality one!

Idea is to make a mini dungeon using geomorphs placed on the faces of a Rubik's Cube.  When characters think they know where they're at or are about to make it out you spin the Rubik's cube and screw'm (or if you're a wuss DM you could make it a fair and logical large scale puzzle).  Like that bad Sci-Fi channel movie I saw once and don't want to remember name of.

Or, less ambitious make the geomorphs into a slidy puzzle.  Just print out 8, 15, 24, ... arrange in cube.  Maybe with bluetac or magnets and slide them around. 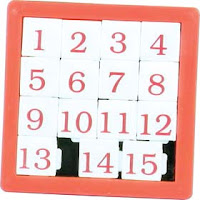 Rubik's Cube: 9 geomorphs, 6 sides to a cube that is 54 geomorphs.  Hmmmm, where oh where can I get 54 square, smallish geomorphs. If only someone had a Geomorph Mapping Project and had produced like a bazillion awesome hand drawn geomorphs.

At first I was gonna do six screen grabs of Rob Lang's map generator, but it hasn't been updated and only has the first 30 geomorphs. If I go to trouble of doing this might as well do it up right!

Speaking of which I should physically make this, like in RL 3d.  I need a Giant Rubik's Cube.  Er, that's too giant how about Large Rubik's Cube, google be failing me!!  Did you know Rubik sells DIY Rubik Cube with Lube? I didn't, but it too small.  Come on, Internet, wtf?  Ah, found some 10cm cubes on ebay... would make maps about 1" sq.  Flippin tiny, but maybe usable.  Gonna hold off on RL 3d, maybe my wonderful readers will find something better, hint, hint ;)