[Timeshadows' comment on this post gave me this idea which I put to the test during my recent B2 Caves of Chaos Twelve Hour Marathon.]

I'm annoyed by players lining up, conga style, each rolling an attempt to find secret door, open stuck door, and the like.  In the past I've done things like say "The best at searching, elf, has already failed.  Those of lesser skill have no chance."  Not very satisfying.  Or, let everyone try and just roll more random encounters as players waste time.  Not very satisfying either and many people I play with are not hip to that risk/reward trade off. Years of dissimilar play style are hard to overcome in the one-shots I find myself mostly running.  Or, d20's assist mechanic. A poor mechanic IMO and fails cause no one pays attention and they all want to jump in only after the main roller fails.

So, prompted by Timeshadows' comment, I came up with idea of making these rolls "party" based. Which is basically the same as everyone rolls in a conga line, with more of a blob than a line. But in actual play it is physiologically different and felt "slick", like the party was working as a team / everyone was participating rather than twiddling their thumbs while thief and elf searched every 10'.

Search rolls and the like are made by the party together all at once.  Each participating character contributing zero or more d6 to a "pool".  Each player rolls their character's dice and the number of sixes rolled determine if task is successful.  The number of dice each character contributes equals their x in 6 chance for that task.  E.g searching for secret doors; 1 die for most, 2 die for elves and dwarves. 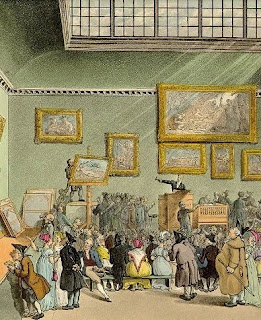 When party has some art or other rare unique treasure.  They either have to hunt down a buyer, an adventure in itself. Or, sell item(s) at auction. DM in role of auctioneer groups items into lots and decides on a "value range" for each. Value Range being some linear (i.e. involving only 1 die) equation.  Such as 1d12x100gp or 10+d20gp.

If the lots and value ranges are acceptable to the characters the auction can proceed.  Each character who will share in the proceeds rolls the "value range".  The highest roll is the highest bid and is how much the lot is sold for.  Taxes, tariffs, auction fees are at the DM's discretion.  Characters divide profit as they see fit (it is unrelated to their "range value" roll).

[BTW this came about cause I didn't have a clue how much owlbear eggs were worth. My DM's default response to "I don't know" is "roll a die."  Also, I've been moving towards "players roll all dice" esp for treasure.  So, while trying to decide which player should roll dice for the eggs it dawned on me "all of them, of course!". Thus was born simple auction rules.  For me this is exactly what "winging it" and "rulings not rules" means and is why those styles are so much fun.]

When party wants to booze and wench it up (which I require whenever they return to home base laden with treasure) each character rolls a d6x10 (or larger die if player wants).  The sum of all rolls is how much gold the party spends.  This is evenly divided amongst all characters. Example: three characters roll 2,4,6.  Each of them must spent 40gp on "entertainments". The party's obvious success and wealth provides a +1 the following day to each characters attempt to recruit hirelings or henchmen. Once the hangover subsides that is.

A bit like Jeff Rients Party for XP table without the XP and without the risks. A house rule I was thinking about but didn't want to get into for a one-shot. Thus I came up with the above "simulation". 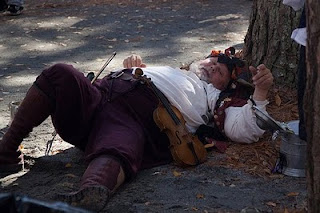