I played D&D 4th edition and had fun. But, it's not a game I'd want to use for role-play. This post describing one team's efforts to "beat" The Origins Ultimate Dungeon Delve demonstrates why. And more than all the speculation, debate, ranting, flaming, defensive whining, et al shows WoTC's vision for 4th ed and exactly what kind of game it is. 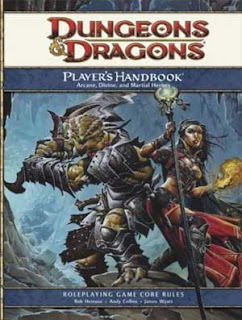 And just to piss off the fan boys, WoTC's Fabulous Future.

Email ThisBlogThis!Share to TwitterShare to FacebookShare to Pinterest
Tags: rpg