Tuesday is God Day cause it's named after Tyr who since I learned about him as a little kid has never been replaced as my most favorite god of all. [btw, if you didn't know, Thor's day -> Thursday, Odin aka Wodan's day -> Wednesday, Frigga's day -> Friday. What other pantheon can claim to have 4 out of 7 days named in its honor? That's right none can! Represent.]

So, over the next several Tyr's days I'll be posting about the gods, religions, cults from my campaigns. First up Dirt Campaign's Pelosian mythology. 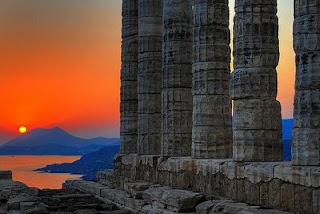 Pelosian Religion
The majority of Pelosians including priests are Pantheists praying to whichever god is appropriate for a given event/need. Others dedicate themselves to The Three or The Nine worshiping them together as a group similar to Pantheists. Atheism or token worship (some rituals are quite a hoot Sineiri Syl comes to mind) is common.

Pantheists understand that there is far too much in the world to be controlled and tended for one entity, no matter how powerful. To them it is important that there is a balance between and amongst the gods. Followers of this pantheon feel they are responsible for maintaining this balance through worship and dedication to all the various gods.


Creation
The land, beasts, plants, heavens, none of it was created by our(the current) gods. Everything, all the objects in the sky, sea, and on the land, the sky and sea itself, even the insubstantial such as "love" and magic were made by Creator. 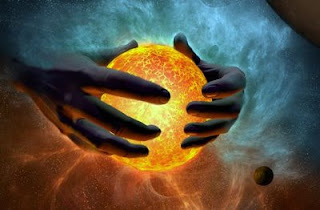 Creator is not a being in any sense mortal minds would comprehend. Creator lacks trinity, he/it/she is all. One moment there was nothing, the next there was everything. That is Creator. The eldest priests say that, eventually, in some far off time Creator will gather all that was/is/will be and smash it up until there is nothing again. Mystics of Airlan Synarion have divined this will occur 3 to the 27th power years after Creator originally/this time made everything. Whenever that was. Most Pelosians, if they think about it at all, can't be bothered by such an unimaginably far off event.

Gods were the first born. Dirt(campaign planet) was created by these gods (old gods, long gone, gods of the Eldars. After them came the animals and plants. Much later still, sentient races were born not created by the gods. Although, they still took pity on the first races' ignorance and suffering. Teaching them civilization. But The Cataclysm took that all away. Since then the gods have not been so free with the secrets of civilization. We have to work hard to puzzle out the answers and are stronger for it. This is the second gift the gods have given the sentient races.


Nature of the Gods
They are not all powerful. They exist as part of the cosmos and are bound by its nature and its limitations. Many believe the gods are "our" specific gods. Their influence does not extend to other places in the Sky Sea. Those other places have their own gods.

Long, long ago, before The Cataclysm, it is said the gods took a direct interest in the activities of the races. They brought civilization to the Eldars. If the few fragmentary records are to be believed their avatars walked freely and often with the Eldars. Although, many claim to converse with the gods and the faithful believe the gods speak through their priests. Atheists and especially "Peoples of the Fist"(monotheistic major power) claim our gods are dead and gone, never to return.

Dirt - Instead of calling my world's planet Earth I used synonym Dirt. 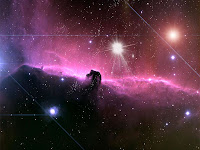 Sky Sea - The heavens, space. Pelosians believe 'space' is a vast sea of unknown liquid. That the various objects in the day and nighttime sky are great barges, islands, continents, and the lights of cities. Dirt also floats and spins in this sea, trapped by Sun's whirlpool but kept from being sucked into oblivion by the powers of the gods.

Eldars - The three first civilizations / super powers. One Human, one Elf, one Snake. Which is more than my characters know.

The Cataclysm - Every campaign needs one, eh? Cuts down on how much history you have to invent :). Mine occurred when two of the three Eldar civilizations got too big headed and decided to go meet the gods in their home. Didn't go over so well. Gods nuked them back to stone age and placed magic/curse on their decedents that they can't remember/learn/know about causes of The Cataclysm or the times before.

The Many Others - Not a distinct group just all the gods that aren't part of The Three or The Nine. There are hundreds of gods, covering every emotion, art, craft, science imaginable.

Trinity - Pelosians believe in a trinality of the cosmos. It deeply pervades all their culture, beliefs, science, and art. Where we might think dualistically black/white, good/evil Pelosians think in trinaries. 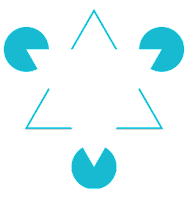 These are not absolutes. Pelosians are diverse and free-thinking lot. Their philosophers and academics debate endlessly the exact natures of various trinaries.

Next time, The Three.